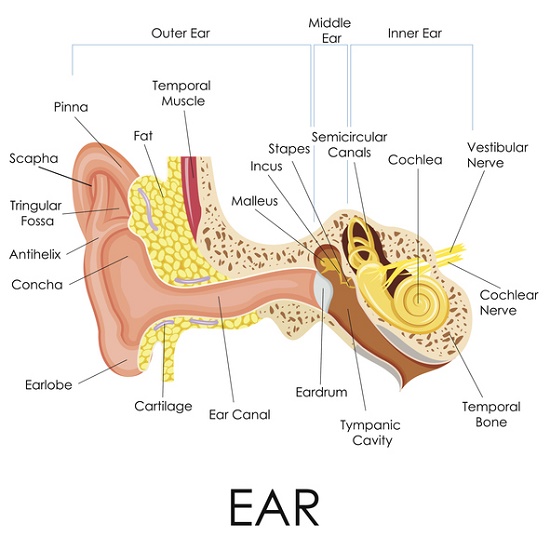 Hearing loss is a common worry in the U.S., one that affects around 48 million people – that means 20 percent of the population. The chances you know someone who has hearing loss are around 1 in 5.

Usually, hearing loss occurs due to prolonged exposure to loud sounds or simply the consequences of aging. For some individuals, though, hearing loss is a symptom of a less common condition.

Consider six little-known hearing disorders you should know more about.

Benign Paroxysmal positional vertigo causes intense dizziness related to a collection of calcium carbonate crystals, called “ear rocks,” that form inside the inner ear. The medical name for these crystals is otoconia.

Otoconia is usually caused by a head injury, an infection, or some similar disorder. Symptoms of BVVP include dizziness, poor balance, lightheadedness, and nausea. They may worsen with changes in head position.

BPPV can heal by itself, but there are also treatments available such as head exercises that help move crystals out of the inner ear structures. Drug therapy is sometimes used as is surgery.

Labyrinthitis is an inflammation of the inner ear and hearing nerves that occur usually due to a viral, or less commonly, a bacterial, infection. This swelling will interrupt the transmission of sensory information to the brain, causing difficulties with balance, hearing, and even vision.

Treatments option will include antiviral or antibacterial drugs and therapies used to control the symptoms of dizziness or nausea. If diagnosed and treated right away, labyrinthitis usually causes no permanent damage. However, if left alone, permanent hearing loss can result.

Ménière’s disease is an illness that involves the inner ear to cause dizziness, progressive hearing loss, ringing in the ears, and a feeling of fullness or pressure in the ear.

The cause of Ménière’s disease is not well understood but it could be a combination of several factors, including poor fluid drainage of the inner ear, unusual immune response, viral infection, genetic predisposition, and head injury.

An acoustic neuroma is an uncommon, but, benign, tumor that affects the hearing and balance nerves by disrupting the transmission of data to the brain. Although the tumor does not spread to other organs, it can become large enough to cause hearing loss and balance problems.

There are over 5,000 cases of acoustic neuroma annually in the US. Treatment generally includes surgical removal of the tumor or radiation. Without treatment, the acoustic neuroma can push into the brain, threatening neurological function and even life.

Autoimmune inner ear disease, or AIED, is an unusual and progressive condition that causes the immune cells to attack the inner ear. As with most autoimmune disorders, the cause is not well understood.

Treatment options are limited but improving; currently, they include a combination of steroids, other medications, plasmapheresis, and hearing aids or cochlear implants for hearing loss.

Otosclerosis usually runs in families. If one parent has the disorder, there is a 25 percent chance of the child developing it, as well; two parents have the condition, the likelihood increases to 50 percent.

Treatment options for mild forms of the condition include long-term observation or hearing aids. Sodium fluoride is sometimes offered to slow the progression of the disorder. In certain situations, a surgical procedure called stapedectomy is done to remove the hardened bones and replaced them with a prosthetic device.

It’s important to pay attention to symptoms of hearing loss or changes in balance. Although these conditions are not common, they are all best treated early.

The site information is for educational and informational purposes only and does not constitute medical advice. To receive personalized advice or treatment, schedule an appointment.

Questions? Talk To Us.